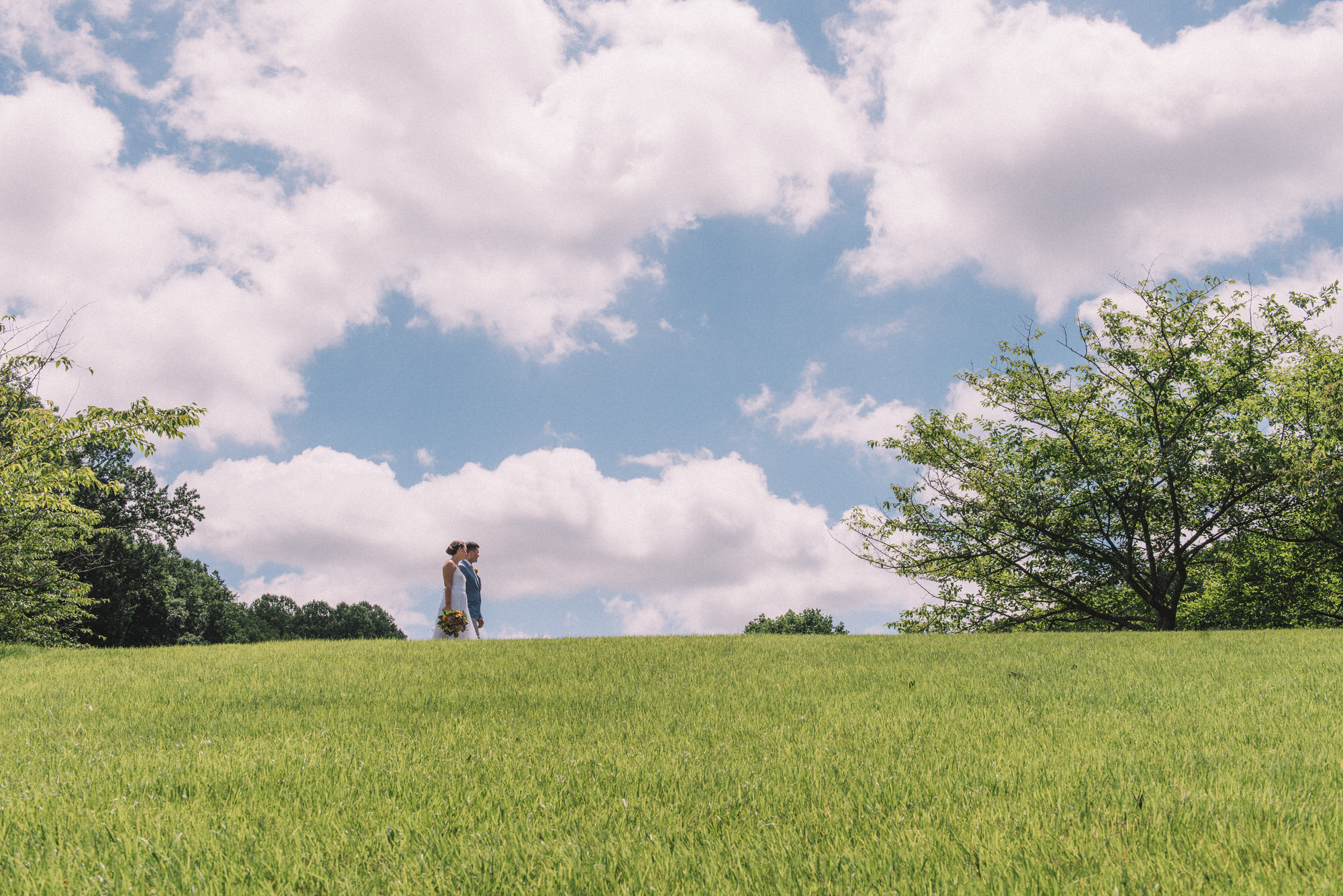 Always on an adventure.

“Venturesome.” That’s how they describe their relationship thus far and it’s easy to see why. Gina loves to scuba dive and is attempting to learn to sail. Josh enjoys snowboarding and, according to Gina, “awful Samurai movies.” They camp, they hike, go on ghost tours in Savannah, drink an abundance of coffee, and generally make the best food choices when they’re together.

They’d only been officially together for six months prior to their June wedding, however they’d been friends for nearly half their lives. Their mothers introduced them to one another (at a solstice party) when they were 15 and 16 years old, and had been jokingly planning their wedding ever since.

While the wedding didn’t happen as quickly as their moms might have hoped, Josh and Gina stayed good friends through college, the birth of Josh’s daughter Aisley, Gina’s military service, and eventually reconnected romantically on a trip in Asheville, NC. Josh refused to plan that first trip to Asheville sooner because Mercury was in retrograde. Gina wasn’t a believer in the zodiac business at the start of the relationship, but after airplane issues, car problems, and weather delays, she said she’ll be keeping an eye on pesky Mercury going forward.

The best part of their whole story is definitely the proposal (mostly because it involves a dog):

Josh had some crazy plans at first. He drove through the night with my dog, Koda, and surprised me in Atlanta in a Howard Johnson parking lot as I was returning home from Hawaii. He says he had thought to propose there but realized the area was a bit too sketchy for a proposal. So instead he drove back to Panama City Beach with me and we got to spend the weekend together. The second day I accidentally foiled his plans by taking our dog Koda to the dog park instead of the dog beach. Eventually he became so anxious he ended up proposing to me as I came out of the shower in a towel. He got Koda to be his accomplice and made her a dog tag that asked “will you marry me?”

As Gina went on to say, it was fate:

Though we may not have been in a relationship very long – Maya Angelou said, “I’ve learned that you can tell a lot about a person by the way he/she handles these three things: a rainy day, lost luggage, and tangled Christmas tree lights.” We’ve handled a year deployment preparation, renting a house out, broken down cars, airplane cancellations, a concussion, and lots and lots of rainy days.

Vendors
Venue: Meadowlark Botanical Gardens
Florist: Events by Karin’s
If you’d like me to capture your wedding day, get in touch! 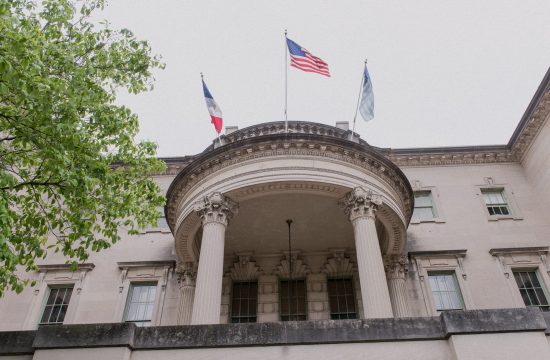 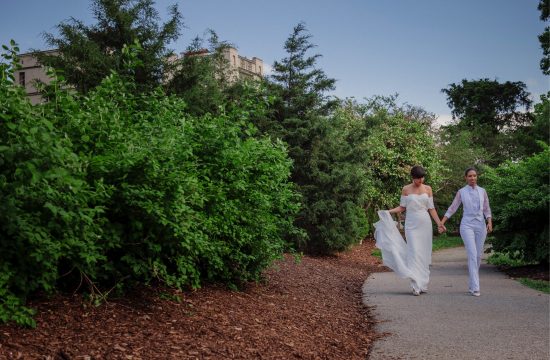 Melissa and Tashia – Where Are They Now? 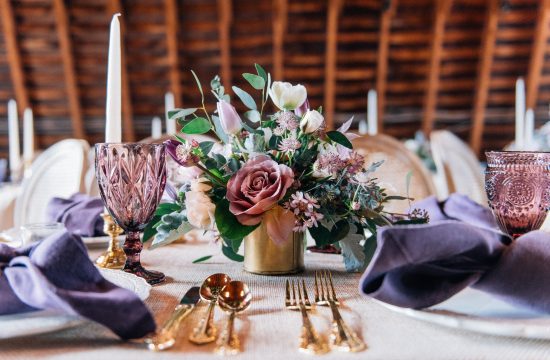