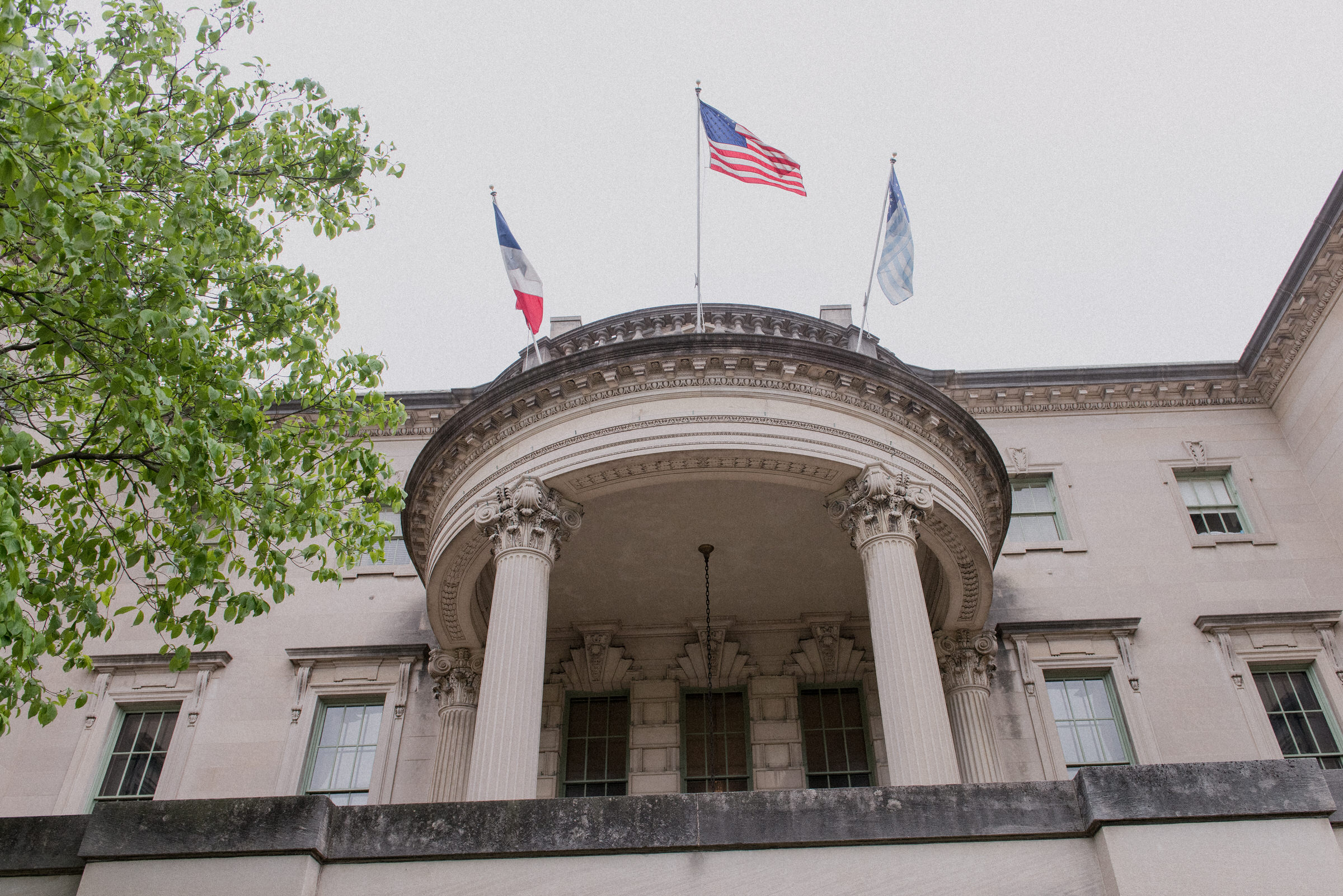 The Anderson House, located along Embassy Row, is the perfect Washington DC wedding venue for couples who enjoy an elegant and stately ambiance.

About the Anderson House

The Anderson House is also home to the Society of the Cincinnati, whose goal is to “preserve the memory of the American Revolution and the principles for which its leaders fought.” I’m sure your first question is “what does Ohio have to do with this?” The answer is nothing. It has nothing to do with it.

The Society was founded in 1793, making it one of the country’s oldest patriotic organizations. Today, it’s a non-profit and “promotes an appreciation for the achievement of American independence through library, museum, and educational programs and other efforts”.

Getting back to the whole “Ohio” thing, here’s why it’s called The Society of the Cincinnati:

“The Society of the Cincinnati took its name from the ancient Roman hero Lucius Quinctius Cincinnatus, a hero of the Roman Republic. In the fifth century BC, Cincinnatus led the republic’s army against foreign invaders and, after their victory, returned power to the Senate and refused rewards for his service. He became the embodiment of civic virtue both in the classical world and eighteenth-century America. The founders of the Society referred to themselves as Cincinnati, a plural form of the name Cincinnatus, to indicate their commitment to the virtues of the Roman hero.”

Cool, right? It’s a wedding venue and a place to learn about both Roman and American history.

What does an Anderson House wedding cost?

That’s super hard to read, so I went ahead and converted it to a lovely table for much easier comparison:

Lower wedding rates may be available if you choose not to serve alcohol, have fewer than 70 guests, forego dancing, and/or use a DJ instead of a live band.

The stately ballroom with its high ceilings and ornate trim is where receptions are generally held. There’s also another section for additional seating and mingling through the archways, as well as access to the spacious and private outdoor space.

The ballroom’s iron staircase facilitates a dramatic entrance for the couple.

After dinner, the ballroom is transformed into a dance floor where guests can enjoy themselves.

How many guests can be accommodated and how late can we stay?

You can have no more than 130 guests for the reception, seated dinner, and dancing, and the festivities must conclude by 11pm. Both indoor and outdoor spaces are available, as well as a separate area upstairs for cocktail hour.

Host your wedding at the Anderson House

Interested in having your wedding or wedding reception at The Anderson House? Reach out to their events manager, Glenn Hennessey, via email at events@societyofthecincinnati.org or give him a call at 202-742-1607.

If you found this helpful, you can find more of my venue articles here.

I’m Chris and I’m a Washington DC wedding photographer. My mission is to capture bold, modern, and distinctive photos for unconventional couples. I want to make you look epic, awesome, amazing, beautiful, and dapper – all the things you like and none of the things you don’t. Most importantly, I want to capture what makes you you.

If this sounds like you and your partner, I’d love to hear more about your dream wedding! Please reach out to me regarding availably and pricing. You can also e-mail me at chris@chrisferenzi.com.