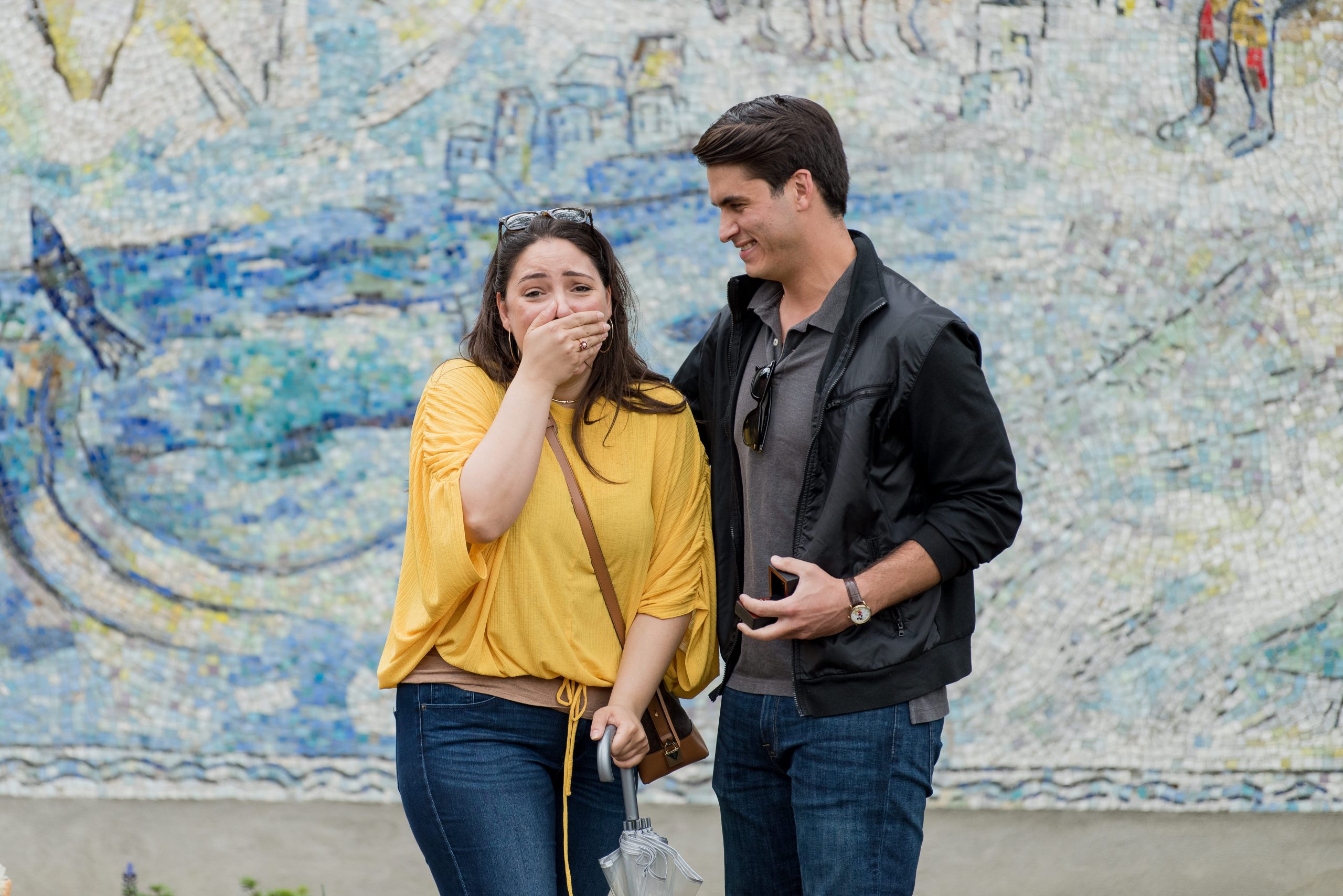 Where to Propose in Washington DC

There's a wide variety of locations around the DC area that are perfect for proposing to your partner. They include parks, monuments, gardens, museums, and even a CASTLE. The most frequent question I get asked is "where are some good spots to propose?"

There’s a wide variety of locations around the DC area that are perfect for proposing to your partner. They include parks, monuments, gardens, museums, and even a CASTLE. The most frequent question I get asked is “where are some good spots to propose?” Well, here they are!

Looking for info on how to plan your proposal? Check this article out.

The first set of DC proposal ideas includes various spots on the National Mall. All of these spots are great, with the caveat that there may be tourists in your photos. But as you can see, I’m sort of an expert working around them : )

This memorial is one of my favorites for proposals. There’s a lot of space to work with, and you can either choose Lincoln or the Washington Monument as the background.

Warning: this photo was not taken AT the United States Capitol. It was taken a half mile away. HOWEVER, the Capitol fills the background and that’s really the most important part, right? Here’s a proposal on TOP of the Capitol, but you need to know someone on the inside to get up there.

The DC War Memorial is located on the Independence Ave side of the National Mall, tucked away in Ash Woods. Not many people know about it so it’s a nice, relatively private spot to propose.

The Jefferson Memorial is the most popular spot to propose, second to the Lincoln Memorial. There are a lot of nooks for great portraits, but even the crowds add some flair.

The Smithsonian Castle was closed for many years and is finally getting ready to re-open. Soon you’ll be able to propose inside! Although, the outside is pretty nice too.

I admit that this isn’t at the Washington Monument, but it’d be hard to see anything but the base of the monument if the proposal was there.

The National Arboretum’s well known for having “secret gardens” hidden away in the woods.

There are some fun spots throughout this park. Plus, there’s always a lot of dogs. Win and win.

No, this isn’t that Roosevelt Island. We’re in DC, not NYC (Metro vs subway, etc. etc.) Theodore Roosevelt Island is a great hiking area with a monument of Teddy Roosevelt at the center. This is a lesser known favorite of mine.

There are so many opportunities here to make art…with art..

You know what they say…great artists steal…

I had no idea this little area existed until someone wanted to propose in font of the mural.

This is a classic. I’ve photographed proposals inside and outside at the Kennedy Center, but my favorite spot is the roof. You’ve got a panoramic view of both DC and Rosslyn so you’ve got a choice of backgrounds: Washington Monument, Lincoln, the Watergate Hotel, or the shiny buildings of Rosslyn just across the river.

Who knew that there was a lighthouse right outside DC (I did not). But there is, and it’s a lovely proposal spot.

Alexandria, VA was incorporated in 1779, so Old Town is super old. The docks make a great spot for a proposal, but don’t try to throw tea in the water #DadJoke.

I like Georgetown because it’s a short walk from my apartment. It’s also pretty. The lights of Rosslyn across the river make for an excellent nighttime proposal spot.

Bishop’s Garden at The National Cathedral

I’ve photographed weddings, engagements, family sessions, and yes, proposals at the Bishop’s Garden. I haven’t seen any bishops yet, so I think the coast is clear for you to propose.

I had never heard of this place before he suggested the location to me. It’s so awesome that I’m now recommending it to everyone, even if they’re not proposing. Seriously, I’m just marketing the place to random people on the streets.

I’m Chris and I’m a Washington DC wedding photographer. My mission is to capture bold, modern, and distinctive photos for unconventional couples. I want to make you look epic, awesome, amazing, beautiful, and dapper – all the things you like and none of the things you don’t. Most importantly, I want to capture what makes you you.

If this sounds like you and your partner and you’d like me to document your Washington DC Proposal, please reach out to me below. I’d love to chat! You can also e-mail me at chris@chrisferenzi.com.