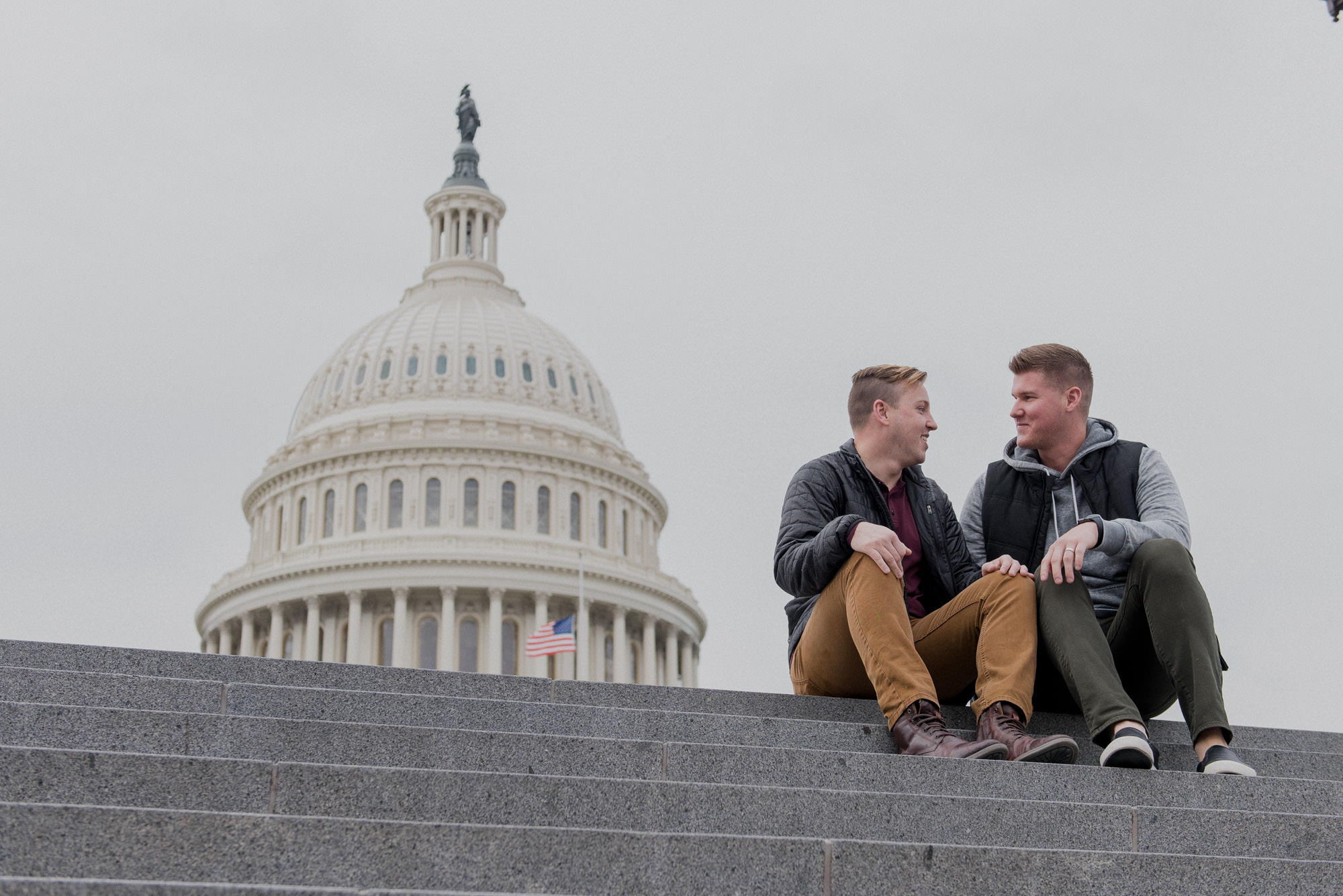 Stealth proposal photography on the top of the US Capitol.

I received the email from Justin one week and one day before he wanted to propose. The date was not negotiable because he’d be proposing to Flint at a location that’s incredibly difficult to get to: the top of the US Capitol. How did that work? Justin was able to secure a private tour through a connection he had to a congresswoman.

My first question was “won’t it be weird and obvious that something’s going on if I’m the only other person on the tour?” “Yes”, was the answer, but we came up with a cover story. You see, I also had a connection to the congresswoman and was able to get on the tour at the last minute.

It wasn’t a very good cover story and probably wouldn’t haven’t have stood up to much scrutiny, but…it worked out in the end.

As the tour started, I played “tourist” and shot some photos of the architecture on the way up to the top, but also positioned myself to grab some photos of Justin and Flint enjoying the tour.

They told us the tour wasn’t for people who were scared of heights. I doubted that it’d be a big deal, but yeah, it was pretty high. It also took half an hour, three hundred steps, and a lot of steep staircases with low overhangs to get all the way to the top. No wonder it’s not part of the standard Capitol tour.

There was very little room to work with at the top, so I had to whisper to Justin when Flint wasn’t looking in order to get him to propose in front of the door, which I was hiding in.

This was the one of the many harrowing staircases leading up to the top. Yes, I hit my head.

The first thing they talked about afterward was going to get some food. My kinda guys.

Semi-related update: Apparently this post comes up when you search for “who is on top of the US Capitol” on Google Images. The answer is Thomas Crawford. 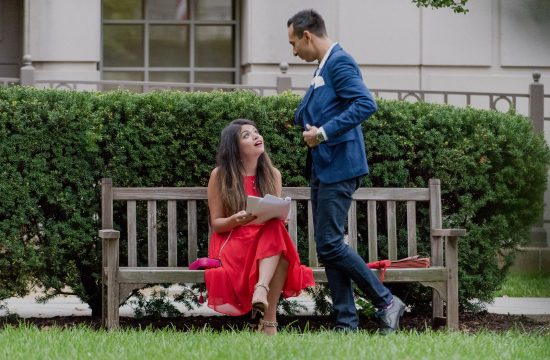 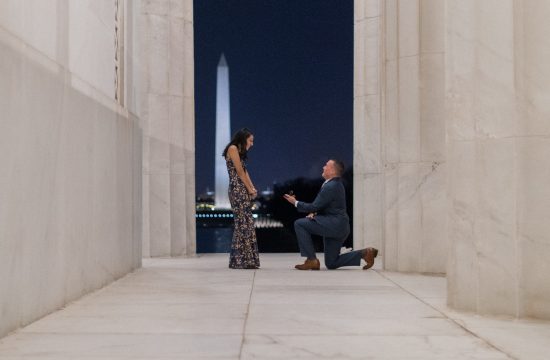 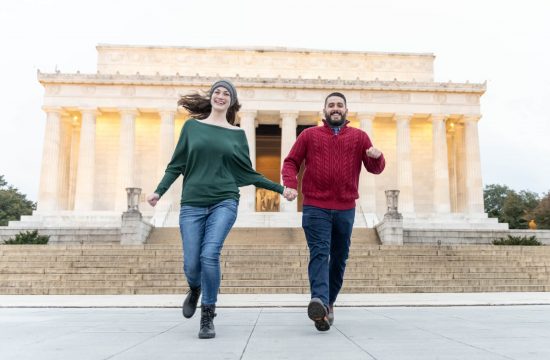 A Romantic Christmas Surprise Proposal on the National Mall