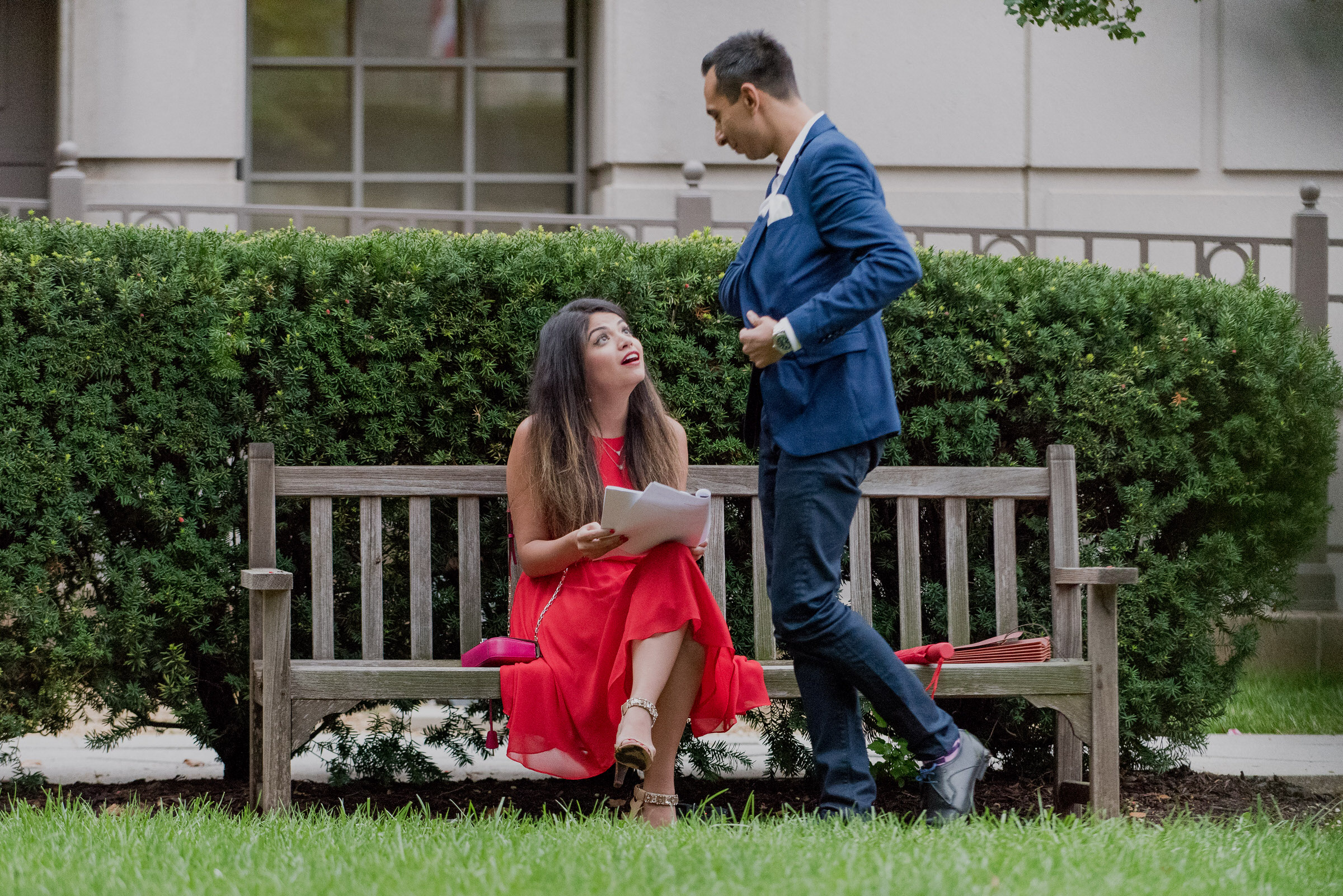 There was a legal agreement.

Naresh is a pilot and Hazel is a classically trained Bharatnatyam dancer. This is the first couple I’ve met with such an interesting combination of skills : ) While I couldn’t necessarily relate to piloting and dancing (I’ve never flown anything…and I am super bad at dancing), I did appreciate their love of Game of Thrones and eating (not necessarily healthy) food while watching it.

They met at the very same library Naresh decided to propose near. They were sitting across the table in the Reading Room, struck up a conversation, became great friends, and started dating a year later. After about three years, Naresh decided it was time to ask the question.

Here’s the story from Hazel’s perspective:

“Naresh took me back to law school in D.C. We both live in New York and Naresh suggested we go back to D.C. for a trip over labor day weekend. I thought we were just going because it was a long weekend and we were not too busy at work.

He had told me we would be having dinner with a few people from his law firm, so I made sure to take a dress with me. On our way to this dinner, Naresh said he had forgotten to print something. Our law school was very close to the restaurant, so we stopped by there to print. We walked back to the library, where we had first met. Once he printed, we came to the courtyard outside the library and that’s when I heard a violin.

He asked me to sit on one of the benches in the garden and handed me a document to read. He had drafted a merger agreement between the two of us, complete with schedules and a signature page! After I finished reading it, he got on his knee and popped the question!” 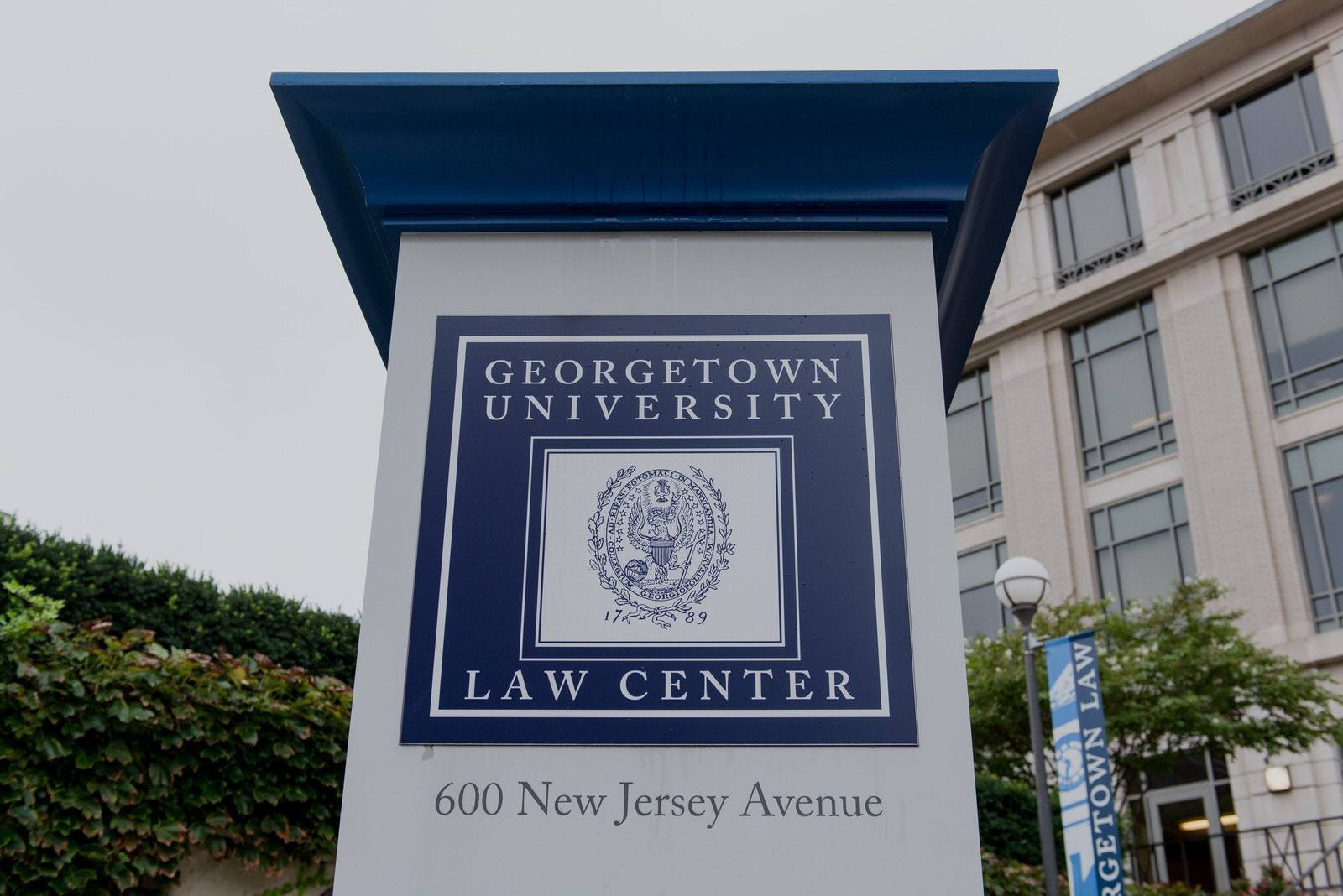 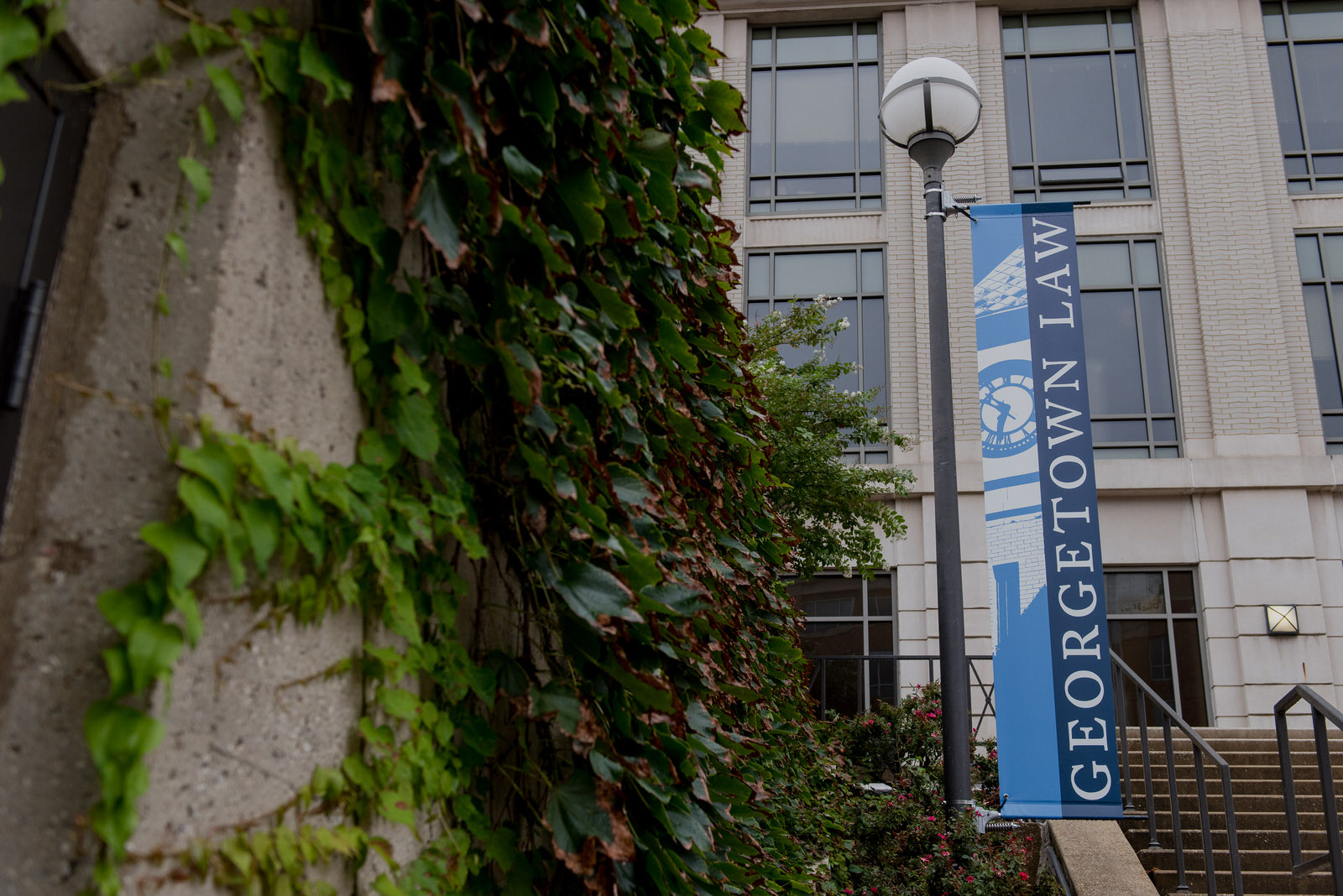 Violin at the ready: 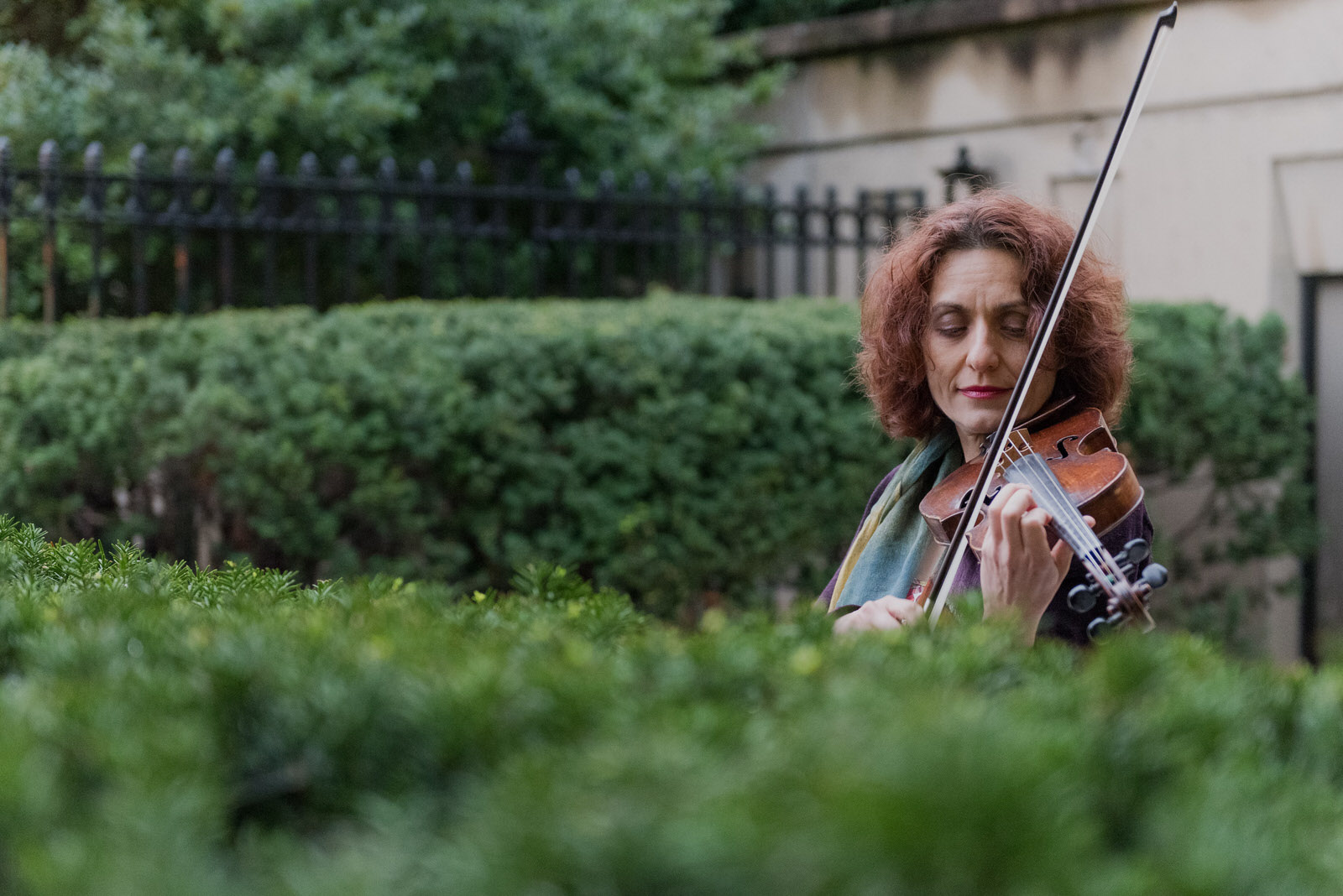 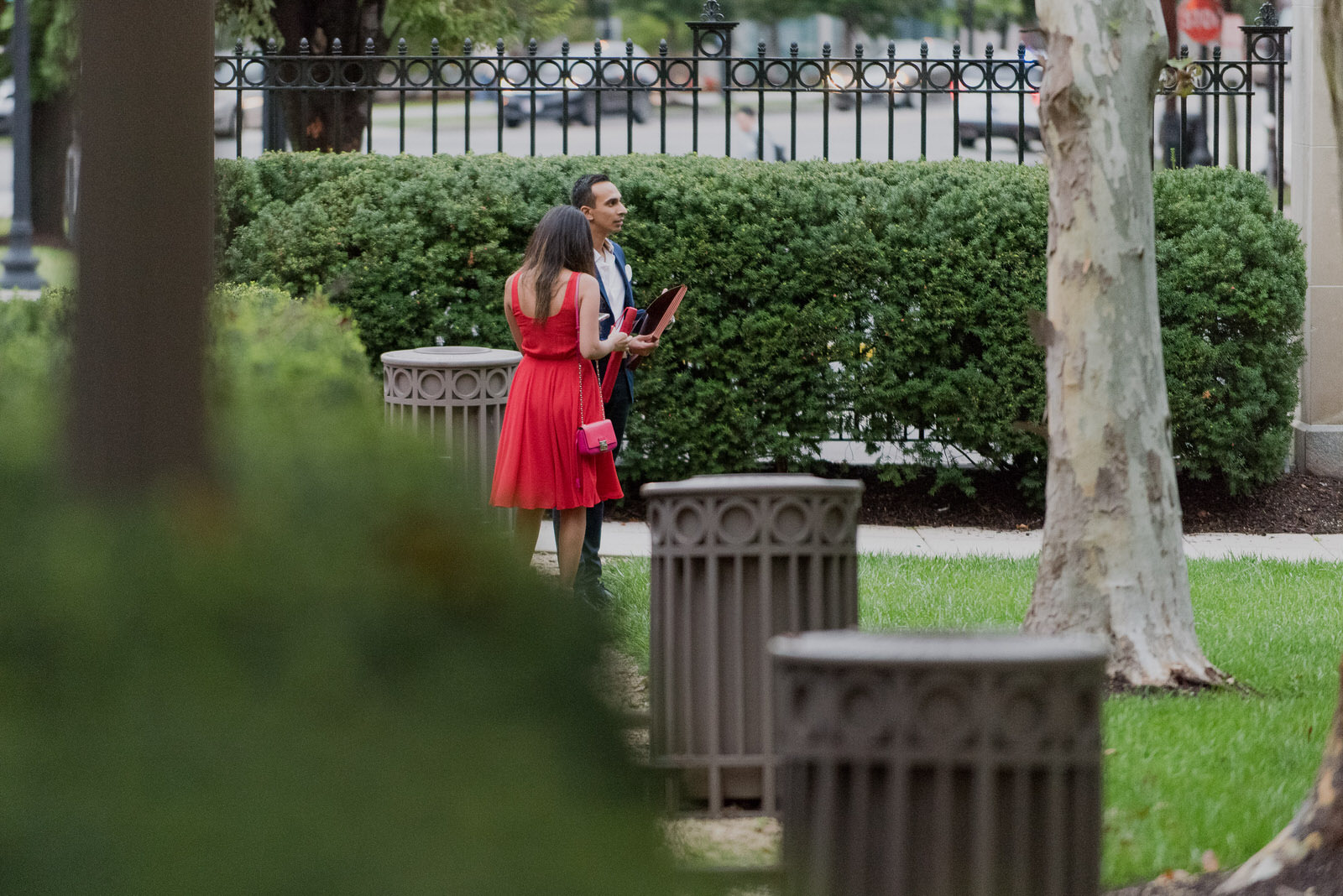 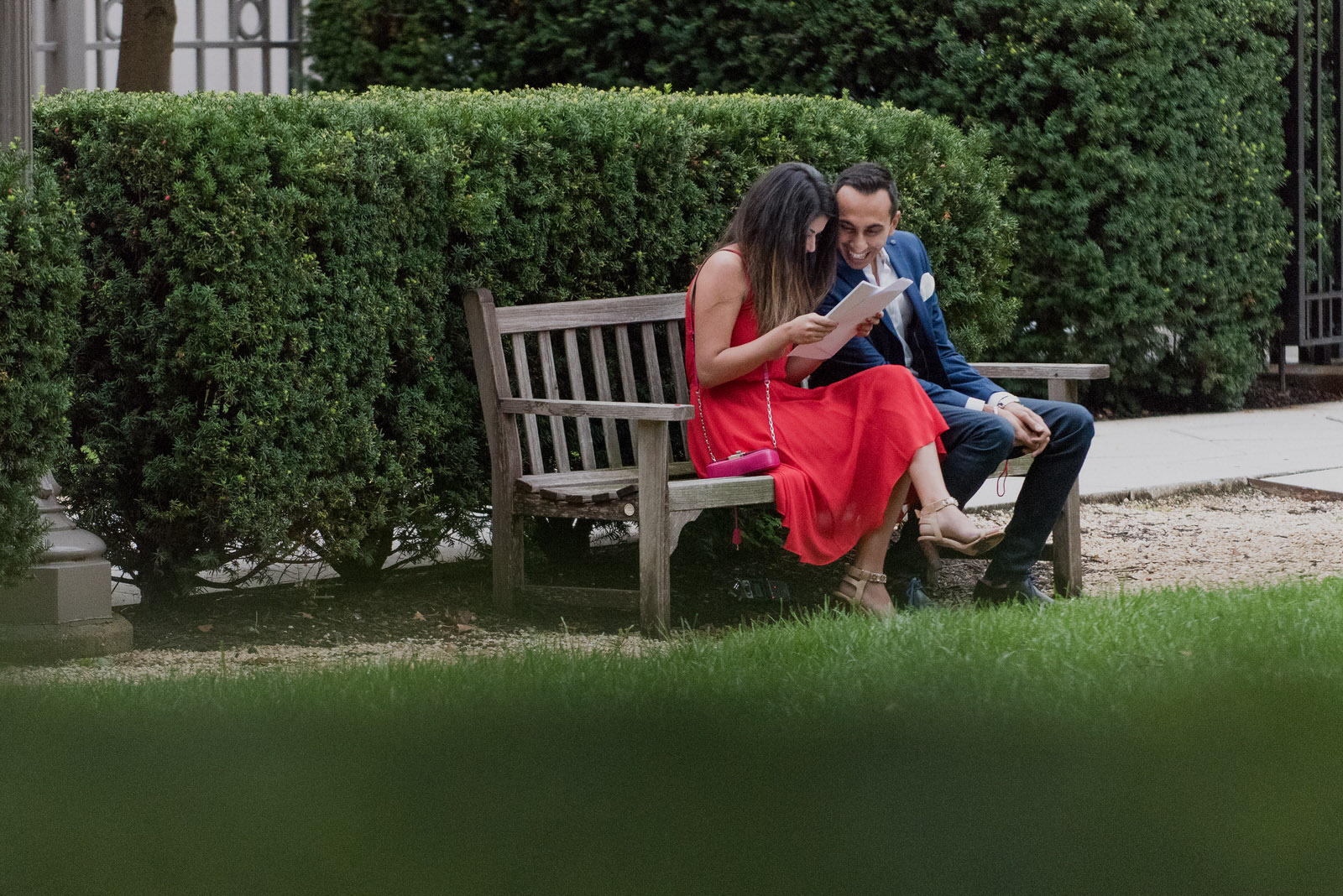 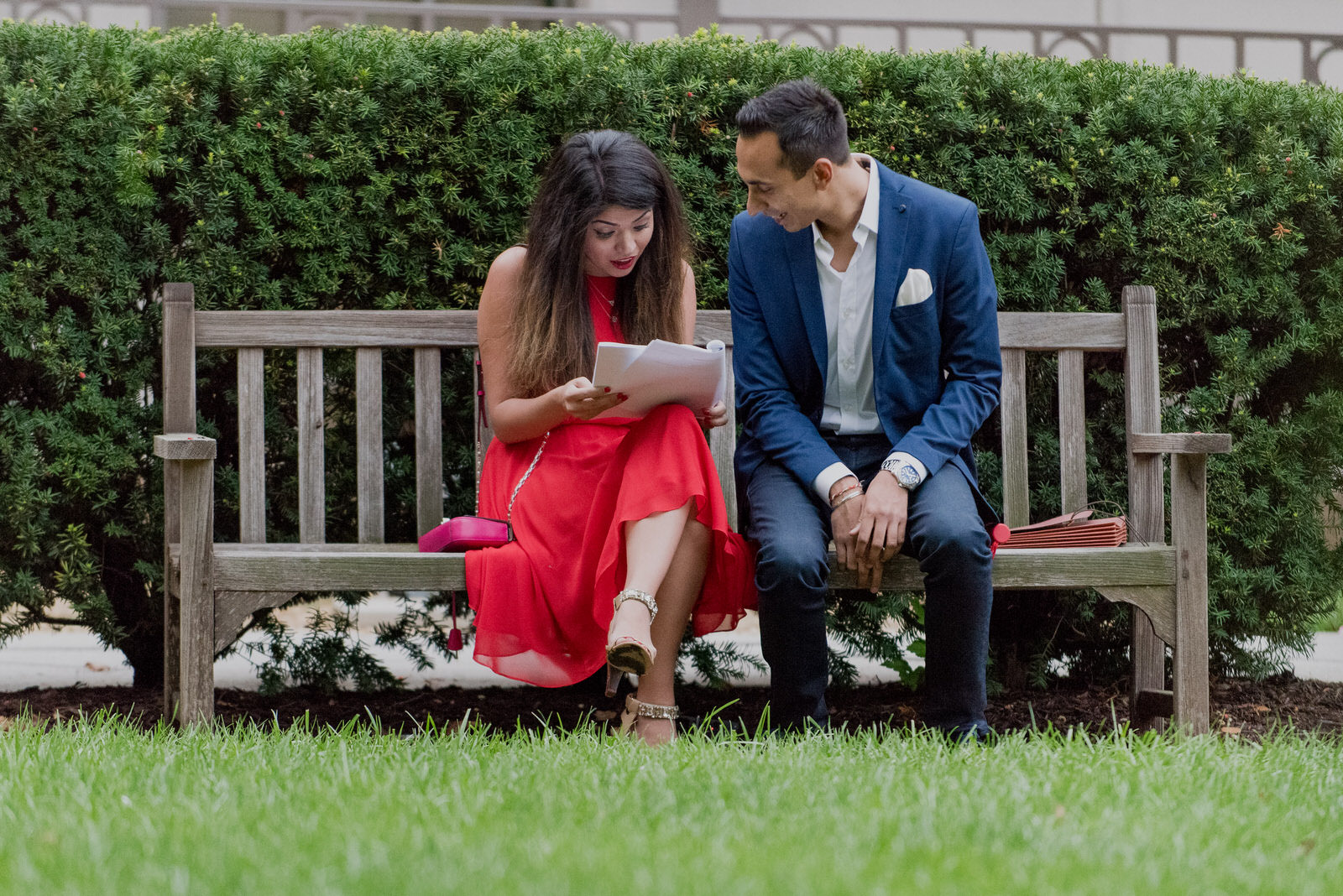 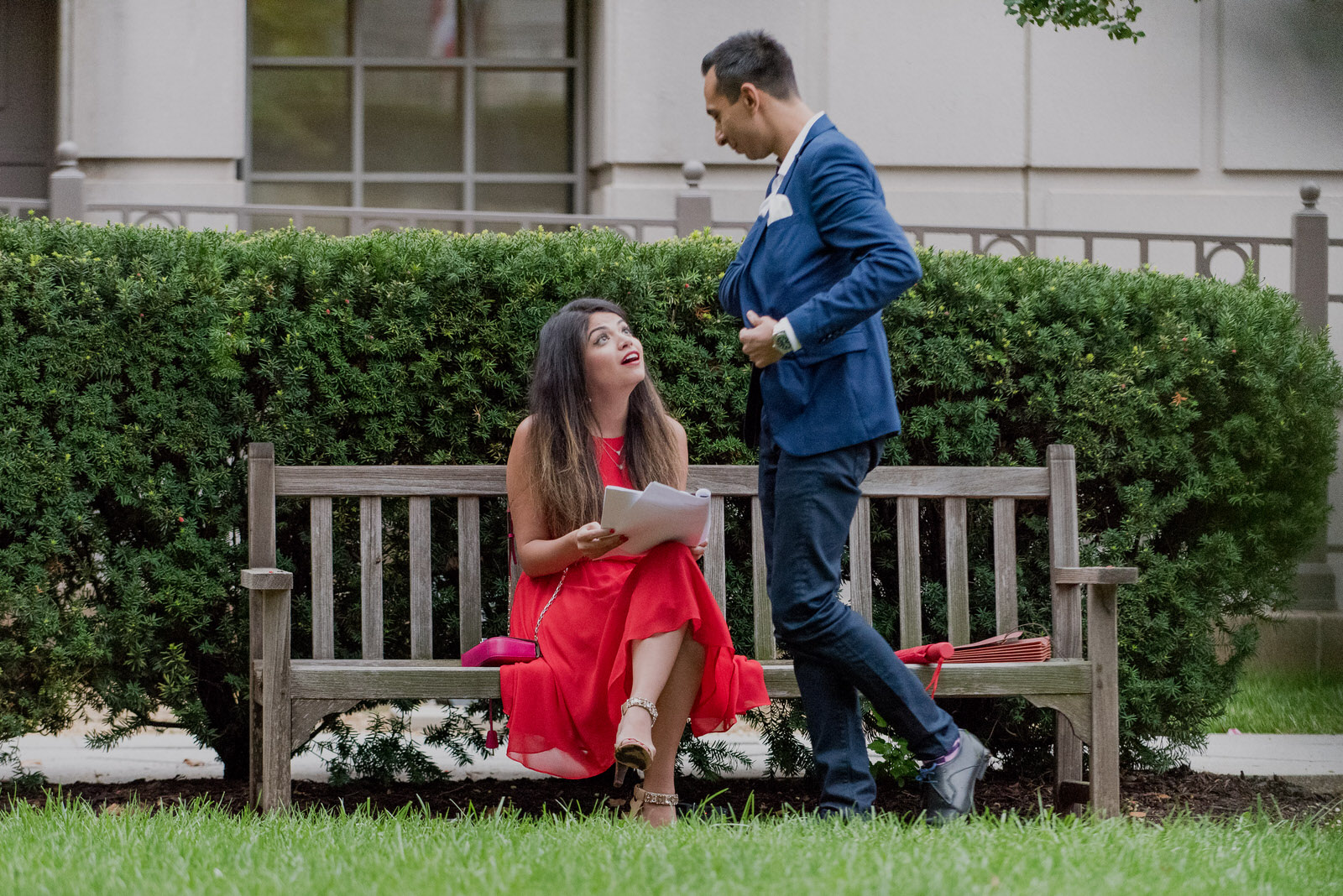 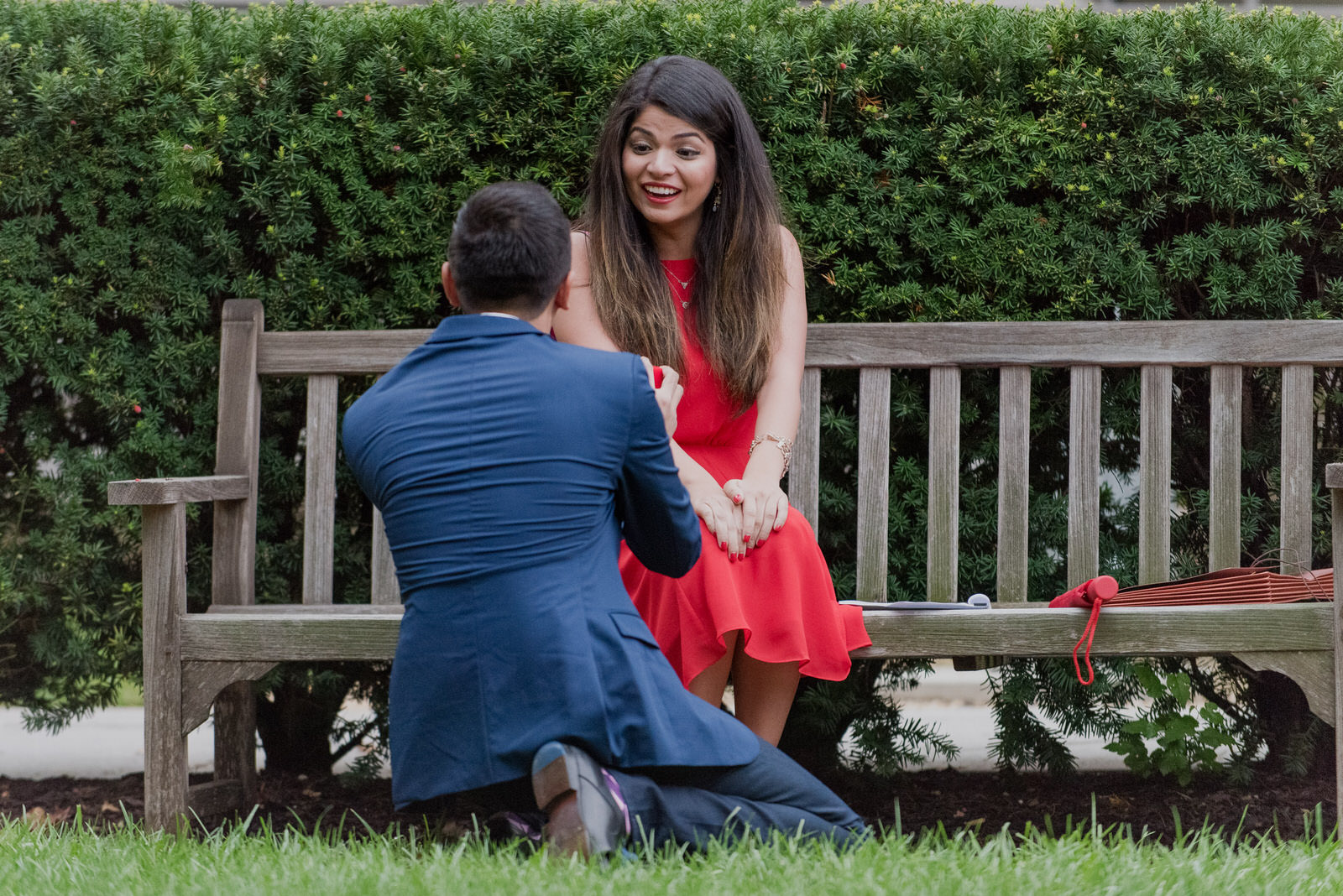 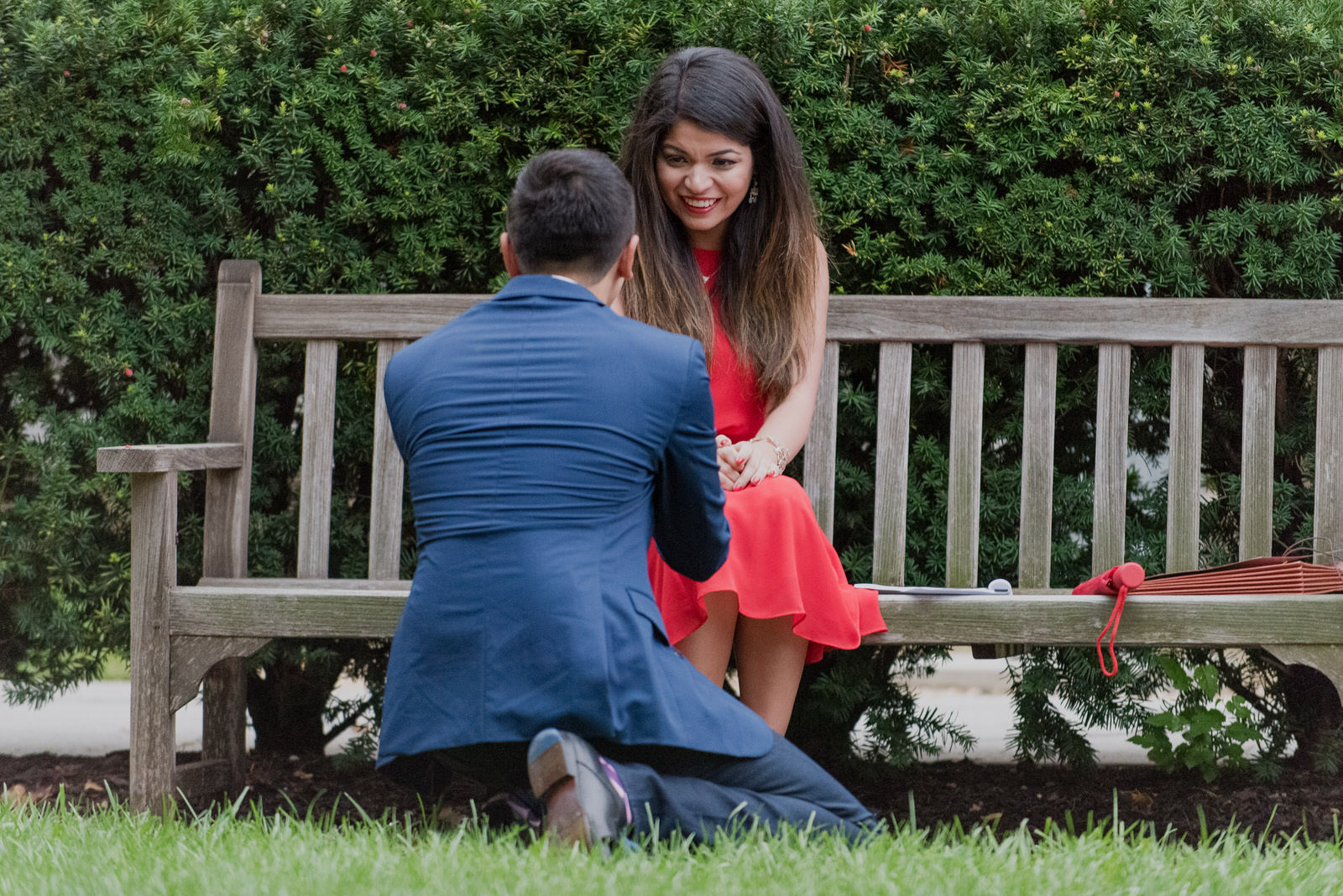 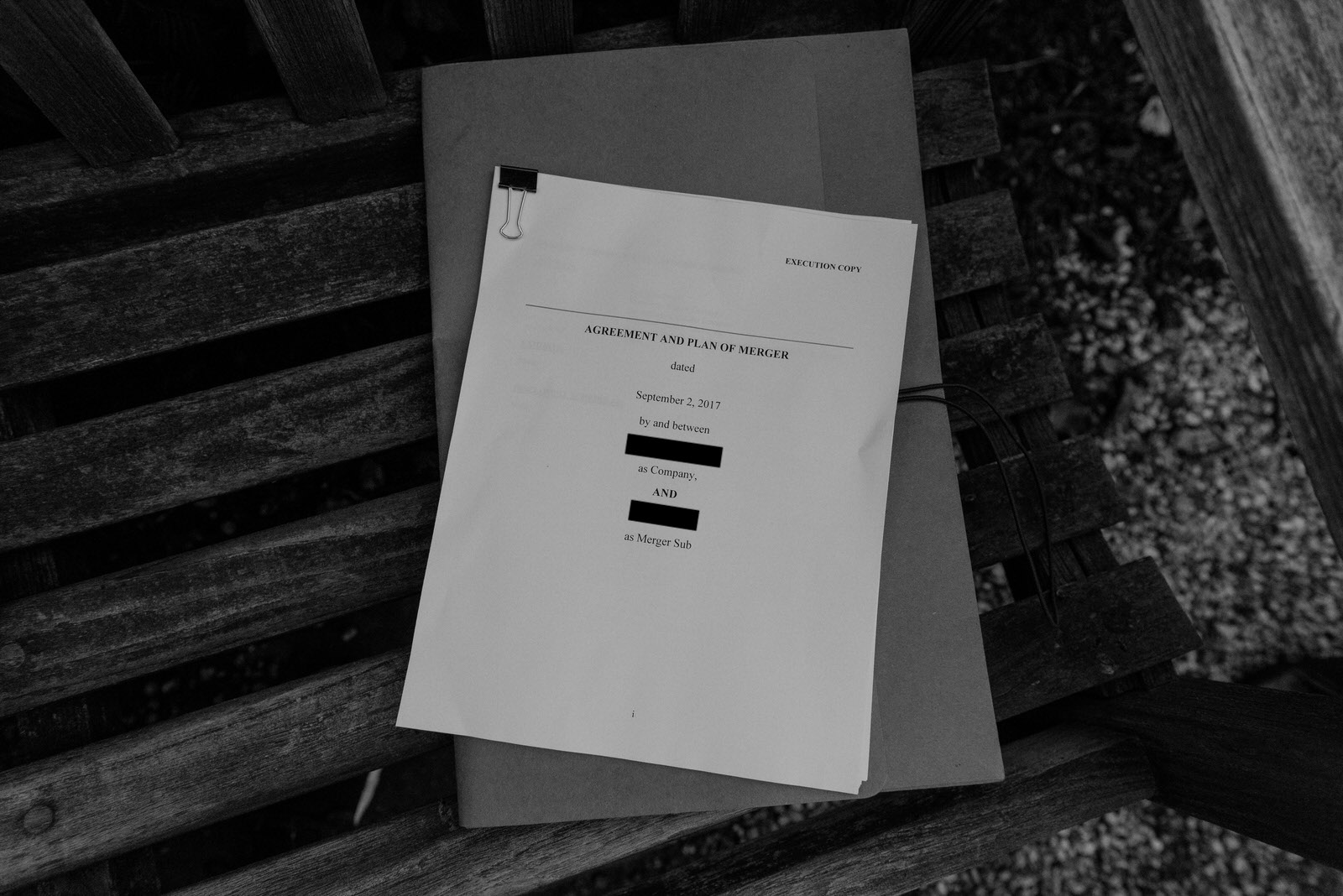 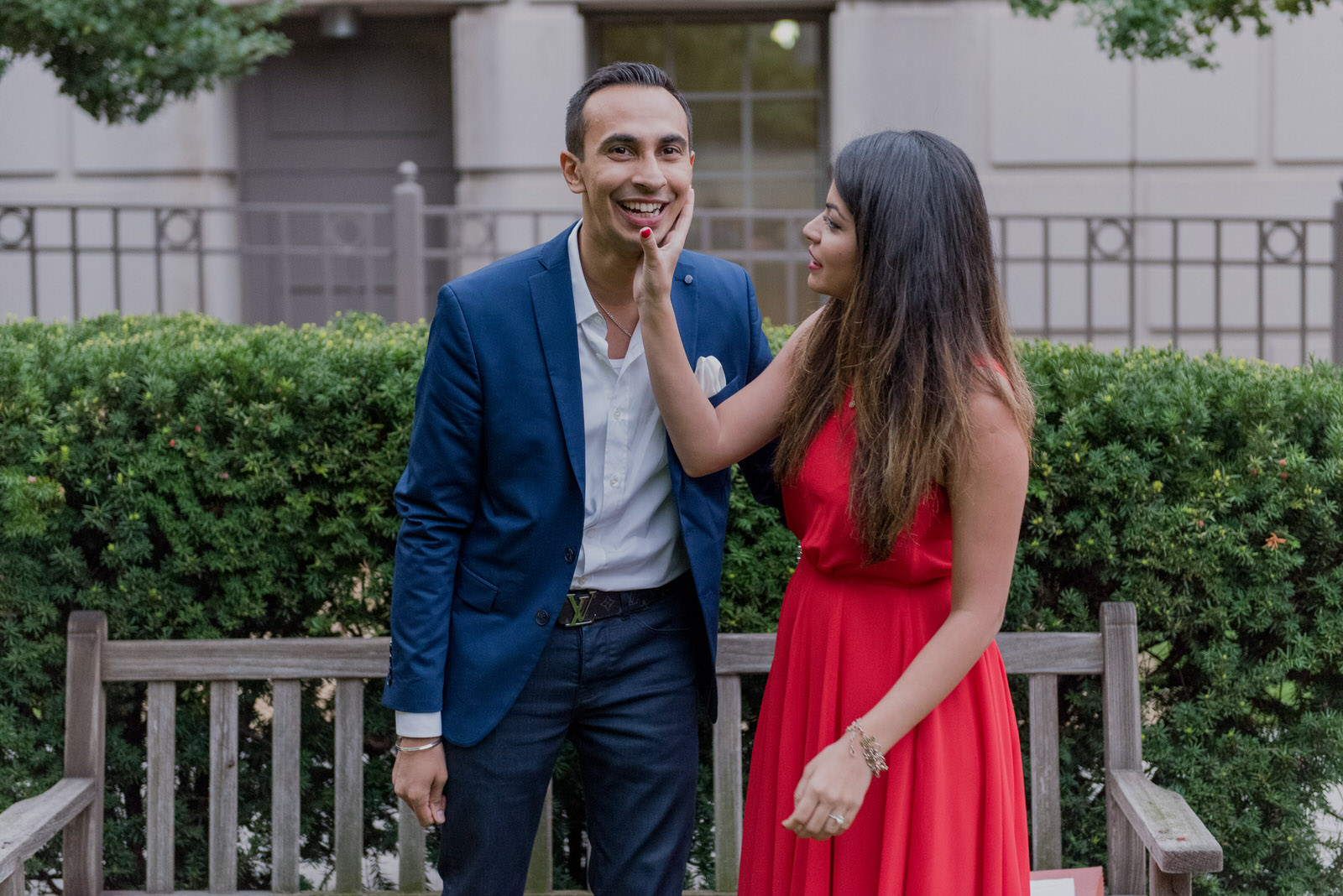 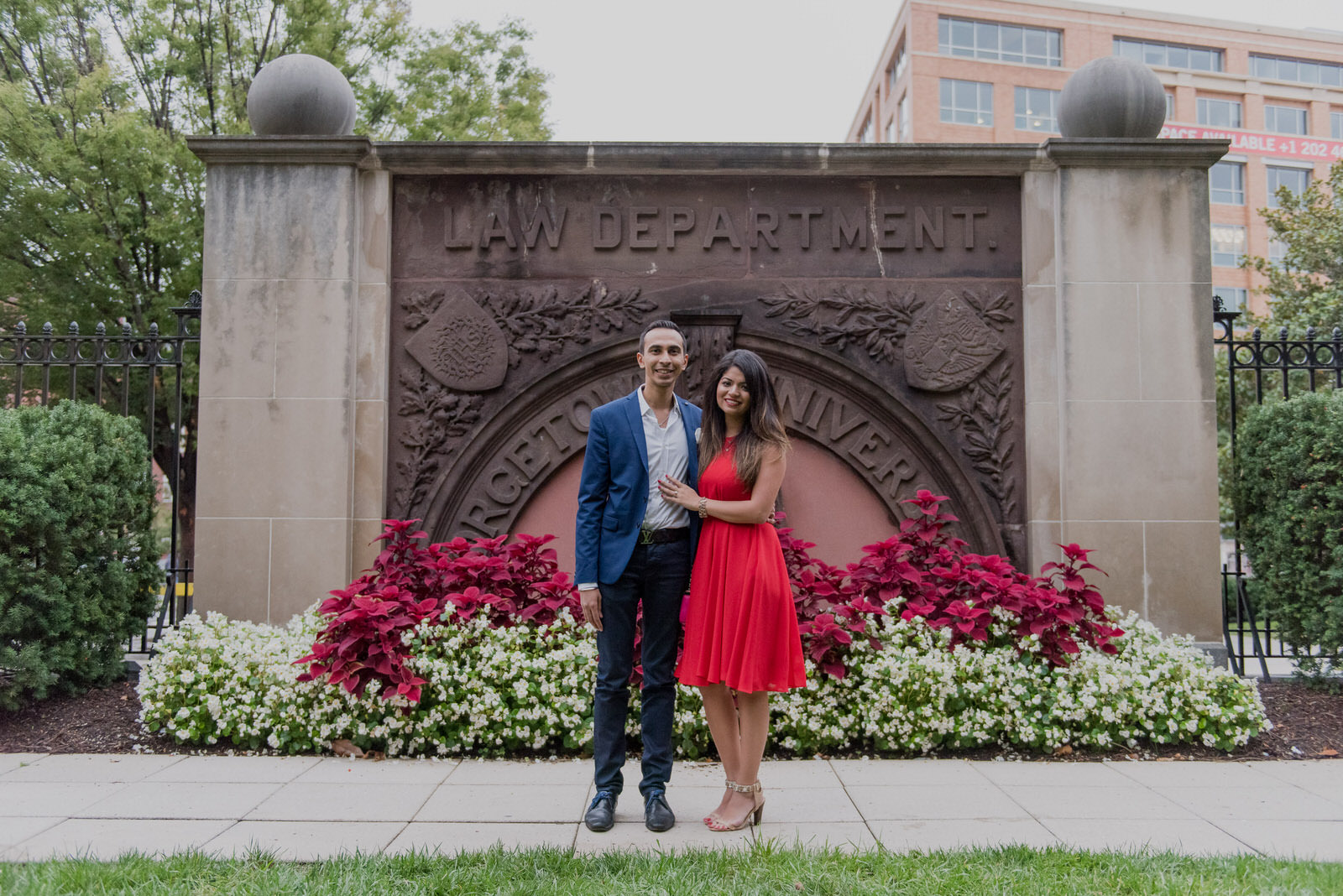 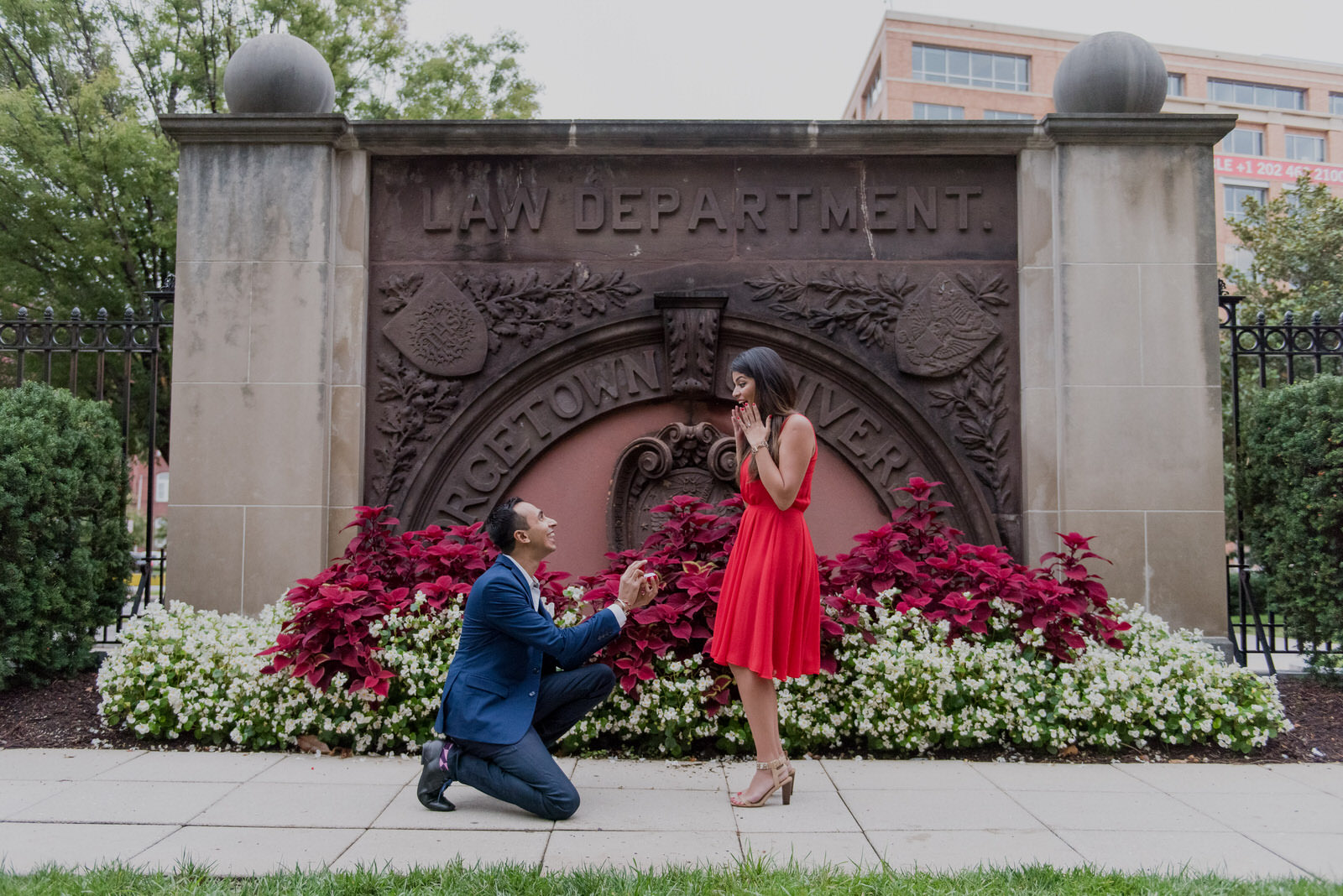 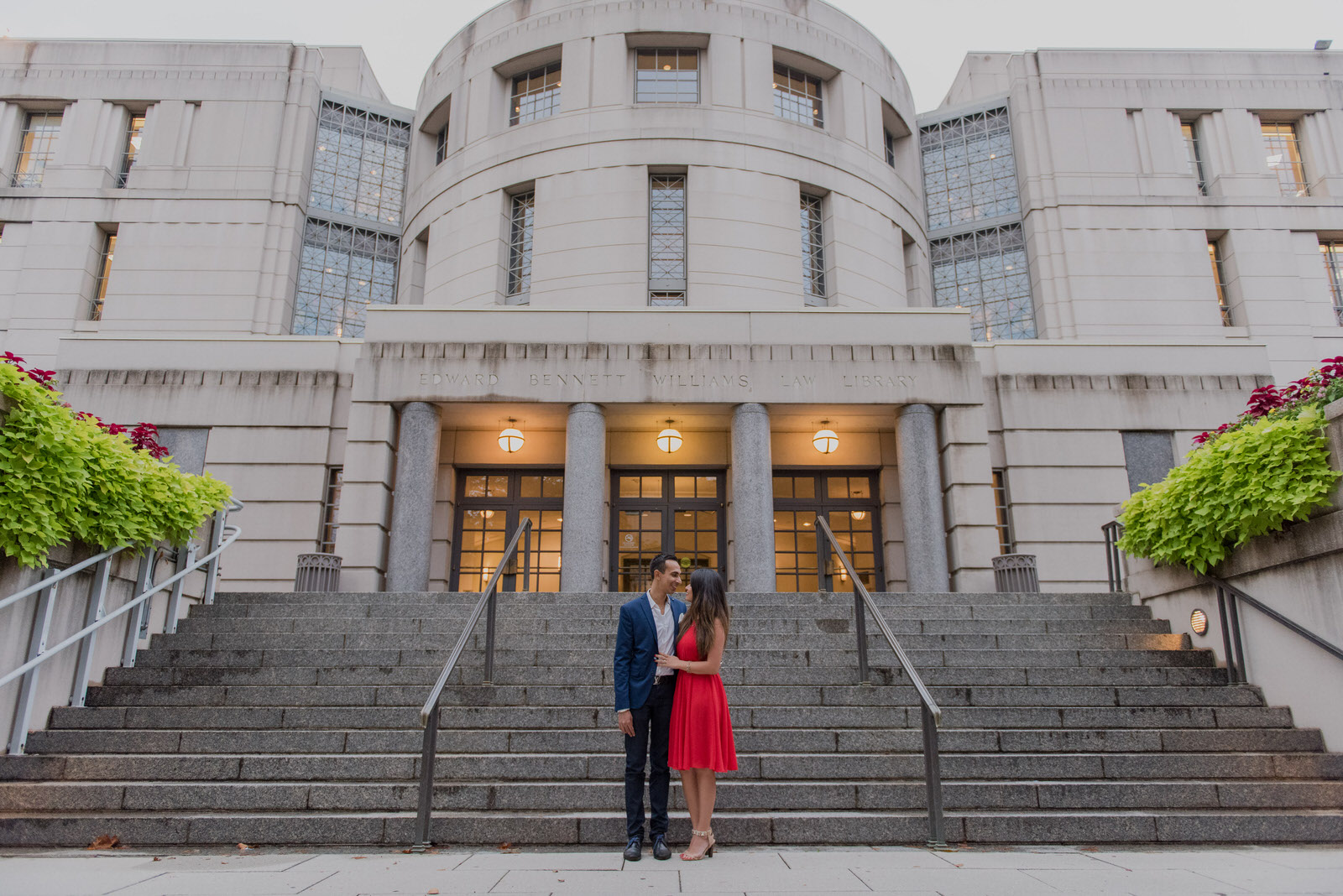 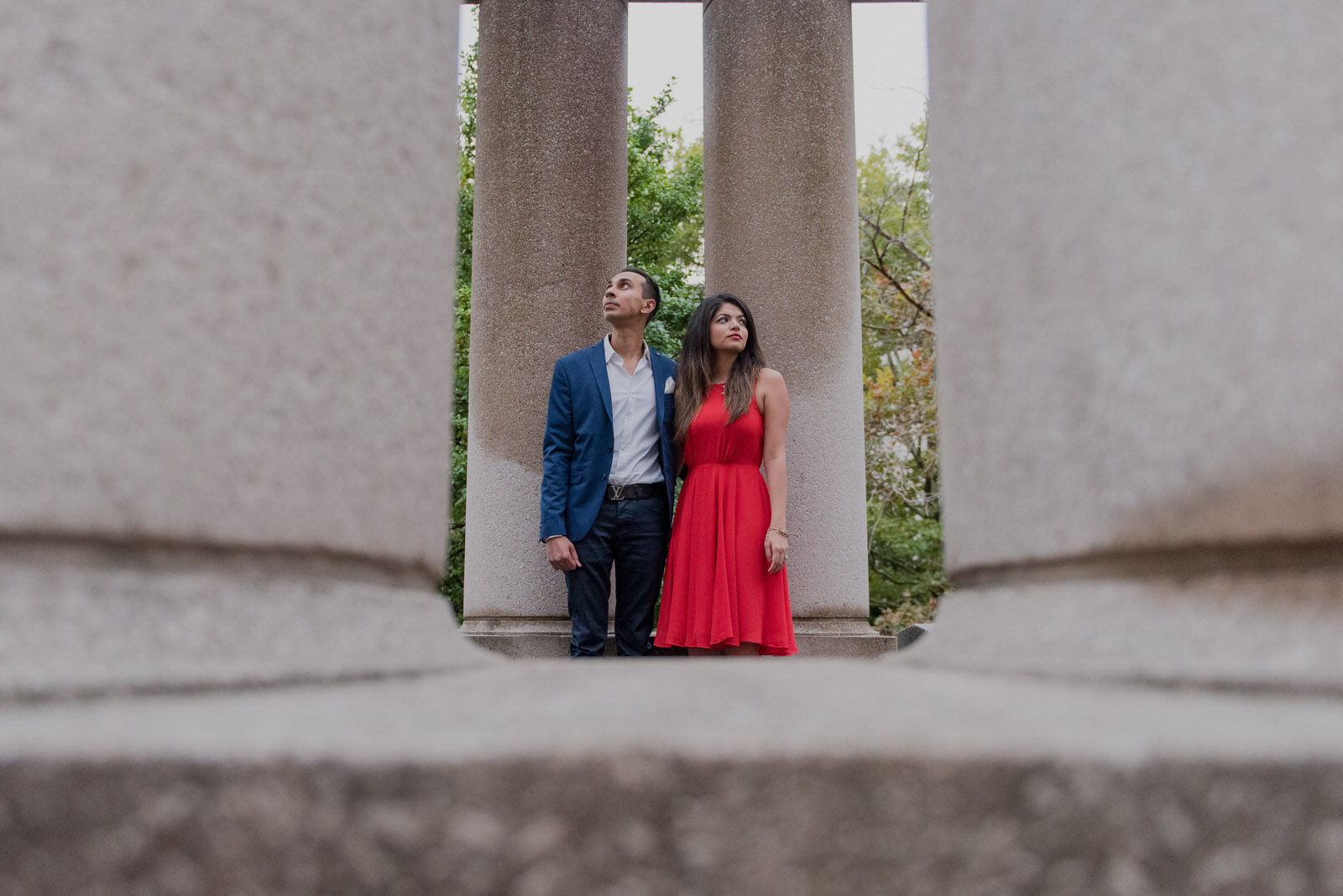 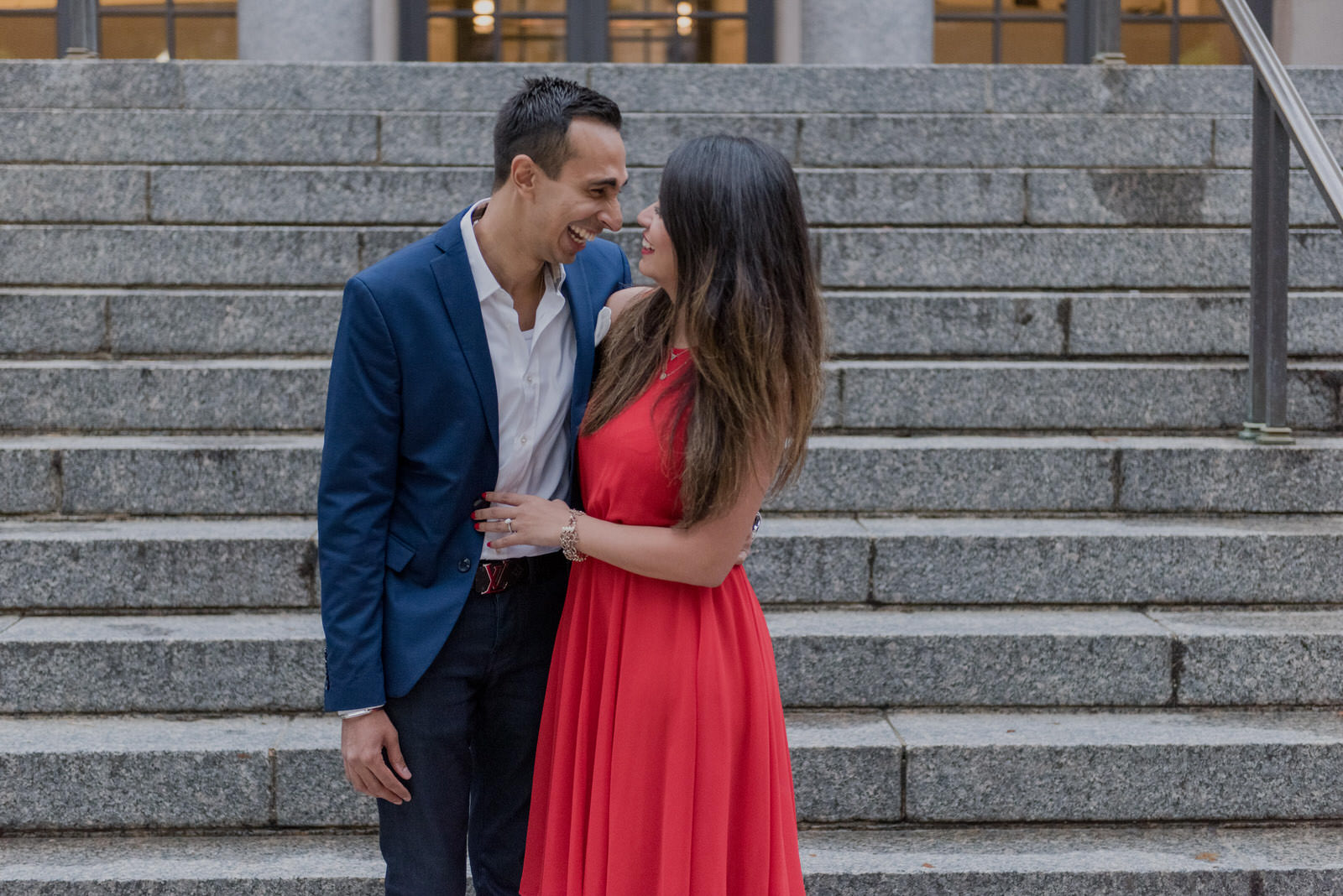 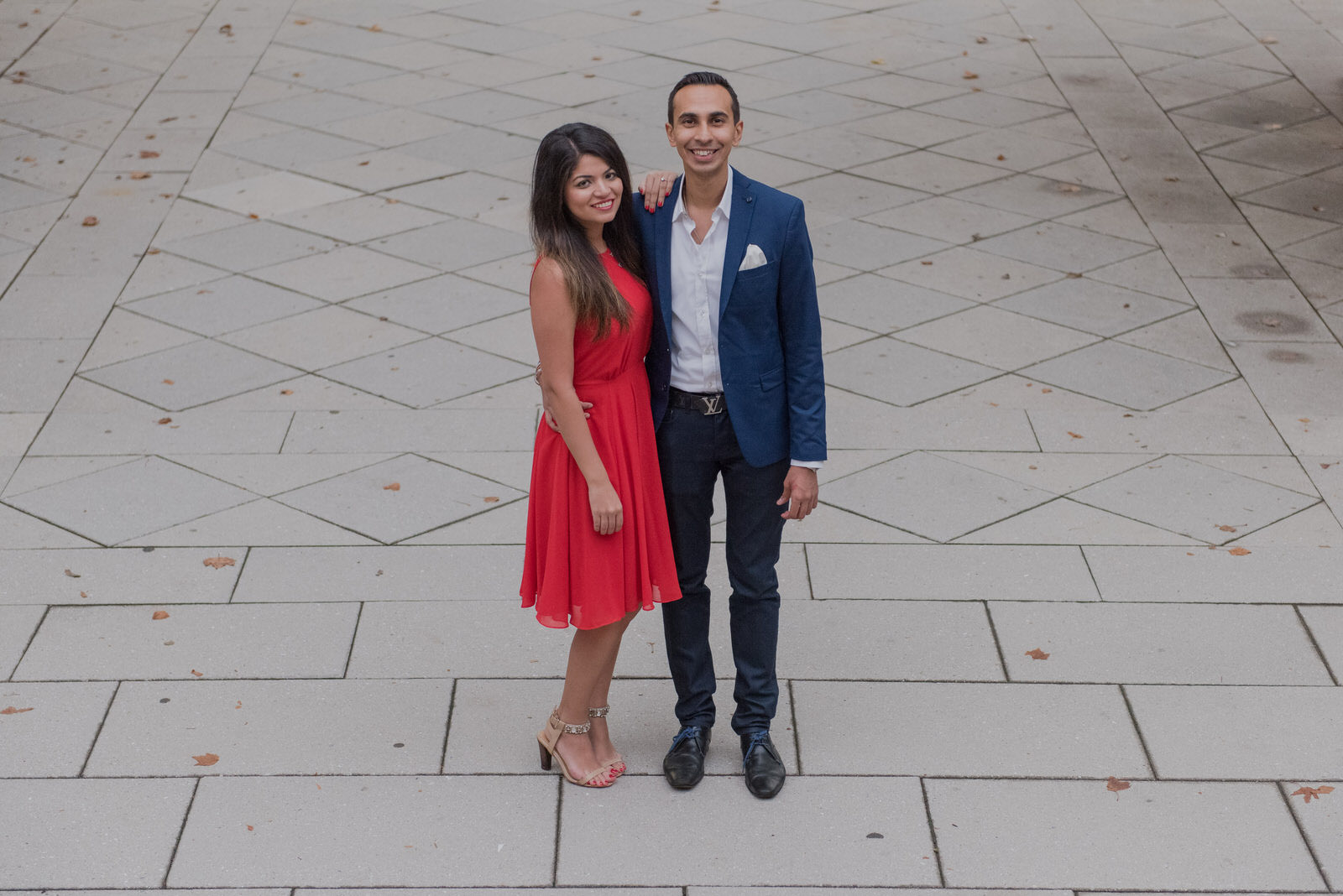 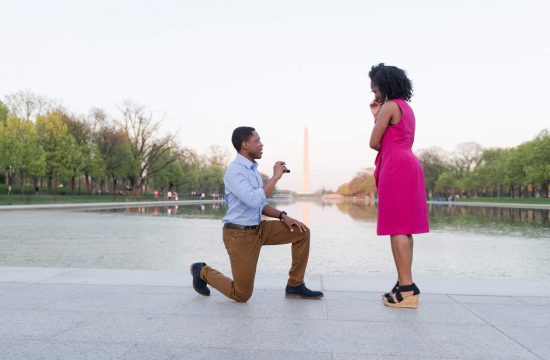 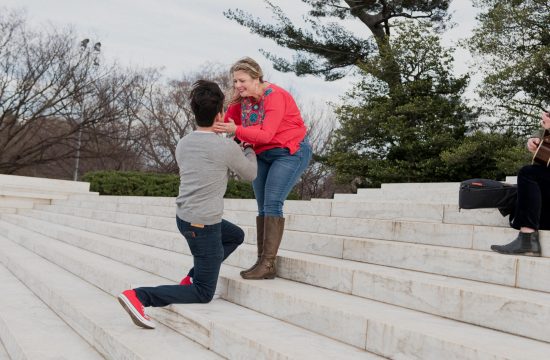 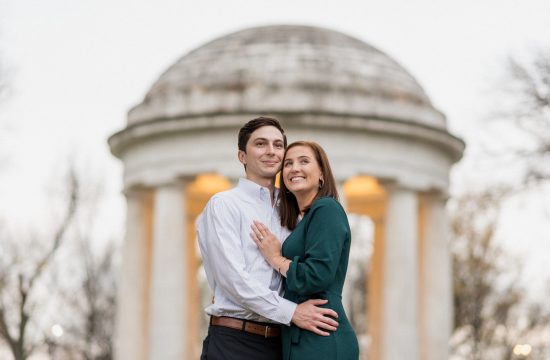