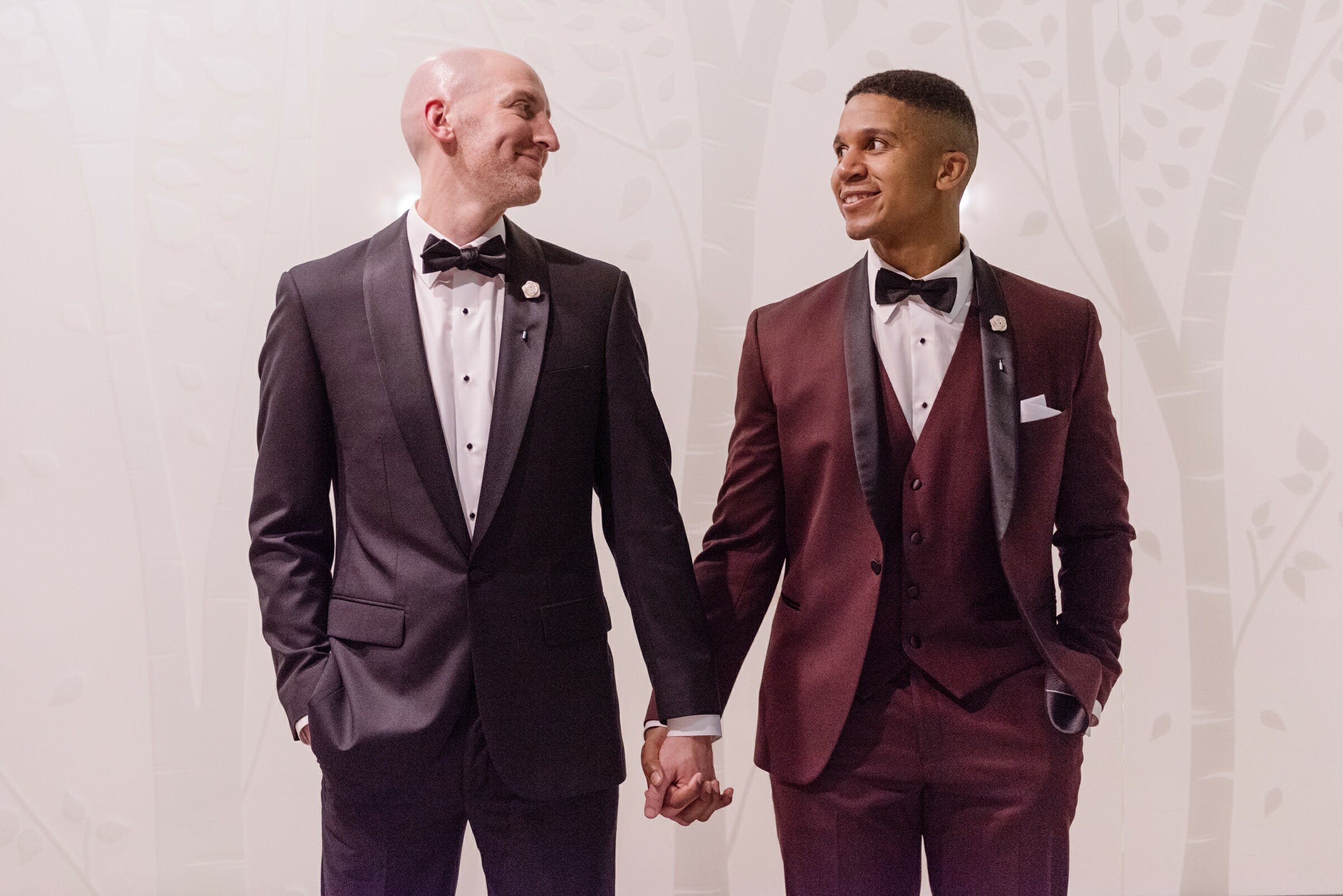 LGBT couples have distinct needs and concerns for their weddings as compared to straight couples.

I recently attended the WPPI (Wedding and Portrait Photographers International) conference out in Las Vegas. I’ve always been skeptical of these types of conferences, but I ended up learning a LOT and came away with a to-do list as long as a CVS receipt.

However (there’s always a ‘however’), there was virtually no LGBT representation. There were “wedding portrait” shoots throughout the conference and none that I saw were same-sex. Disheartening, yeah? In addition, I searched the entire listing of talks and sessions for the terms “LGBT” and “gay” and there were ZERO results. I assumed that was a mistake. How could they possibly be ignoring such a large percentage of the wedding market? Of all the sessions I attended, only one speaker even showed a gay couple in their presentation).

Where were the LGBT speakers? Where were the sessions focusing on the distinct needs and concerns of LGBT couples as compared to straight couples, because yes, those can differ. And where were the same-sex photo shoots?

You can imagine the feedback I left them in the questionnaire they sent out after the conference ended. I still haven’t heard back…

I don’t just want to call out WPPI for this. I didn’t see any of the major camera companies use LGBT couples for their expo floor shoots either (looking at you Nikon and Canon).

It’s my hope that they will all re-examine their plans for the 2021 conference, because I’d really like to attend again.

All of that’s to proudly say that more than half of the weddings I photograph are for LGBT couples. As a member of the community, it’s important to me that I provide  excellent quality work for LGBT couples in DC in a time where random people still yell homophobic comments at gay couples in very progressive cities like Washington DC (yep…this happened during one of my sessions), and where well-known photography conferences ignore LGBT couples altogether.