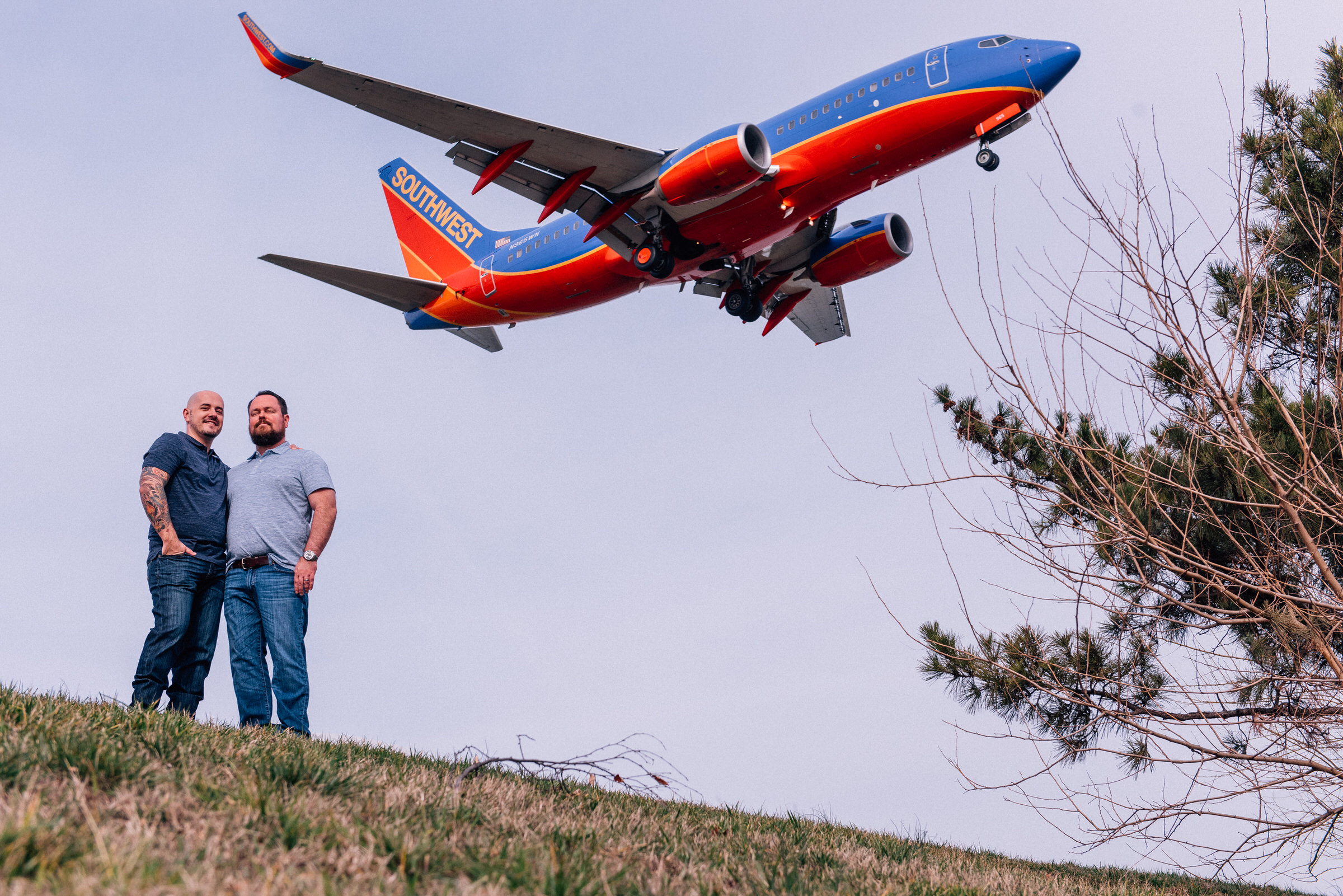 I accomplished two goals of mine with Clint and Justin’s engagement shoot:

Engagement shoots are normally 1 to 1.5 hours long, so this was effectively double that. And compared to the 30 minutes or less I usually have for couple portraits during a wedding day, it was quite welcome. I couldn’t resist making a few GIFs (pronounced with a hard G, of course)

We started at the Jefferson Memorial…

…DIVERTED TO THE AIRPORT!

…and then moved around the Tidal Basin a bit…

Then the Lincoln Memorial. Parking and access to the monument is obnoxious. I  recommend taking a taxi.

Next up, the Spanish Steps in Kalorama. Fun Fact: I’ve shot two weddings there, the second one a referral from the first.

These panda statues are all over DC. New Goal: photograph every one of them with someone reenacting this pose.

Final location! The bar where they met. It wasn’t open when we arrived, so we had to hang out in front of some fancy furniture store for 20 minutes.

And that’s it! Thanks to Clint and Justin for an awesome session. If anyone wants an amazing three hour long engagement shoot, let me know!